In the morning we visited the Adelaide City Council and learned about the methods acquired by the city to become carbon neutral and more sustainable. The second biggest world risk is the failure of climate change mitigation and adaptation and it is the main risk the city of Adelaide is trying to combat. Adelaide is in the top 7% of sustainable cities, with over 50% of its electricity ran on renewable resources. Since trying to become Carbon neutral, Adelaide has had a 15% reduction in emissions, and a 35% increase in GRP or wealth in the country. Additionally, they say an increase in 26% more city residents and 35% more students in the area. This model is extremely efficient since the population is increasing, but the overall emissions is decreasing.

The council has also implemented incentives to become more carbon neutral by adding 233 solar PV systems, 83 energy storage systems, 79 LED lights, 41 energy monitoring systems, and 7 electric vehicle charging stations. With such a progressive outlook on a more sustainable future, Adelaide is rightfully one of the most clean and sustainable cities in the world.

In the afternoon, we toured WIRRA WIRRA, an organic and biodynamic winery that was built in 1893 and rebuilt in the mid 1900s. They began their organic certification in 2011 and it was finalized after a three year period in 2014. Thus, they use zero chemicals or chemical based fertilizers on their grape vines. The winery consists of 20 hectares of the total 8000 hectares of winery estate in the McLaren Vale Wine Region. Their two main types of wine are Shiraz and Cabernet, but they grow a total of five varieties of different wine grapes. To be a more sustainable winery they put a lot of their time into creating nutrient rich compost by reusing all of their production waste to create organic compost. After storing the compost for a year, they redistribute the compost to creat nutrient packed soil. It makes the grape vines much more resilient towards climate change and warming temperatures because it increases moisture in the soil. After they harvest the grapes between March and April, they use stainless steel fermenters to process the grapes and then store the wine in oak barrels to let the wine age. Eighty percent of the wine they produce is red wine and is sold in liquor stores nationally and globally.

The last place we visited was the Kauwi Desalination Plant, a 33 hectare property designed and built by Adelaide Aqua after the drought Australia experienced ten to fifteen years ago. The plant processes salt water through a process called reverse osmosis to create viable fresh water for drinking water and agricultural use. They produce 300 million liters of water per day and run on one hundred percent renewable energy powered by wind and solar energy. They draw the water into 1.6 km tunnels into the plant to begin purifying the water. By pressurizing the sea water they are able to force the water molecules through a permeable membrane and into a less dense liquid full of fresh water. For every one liter of sea water, the plant produces 0.5 L of fresh water. In total, the desalination plant produces 100,000,000 liters per year and could supply water for at least half of Adelaide’s water needs. Although it costs 2.5 times more to get fresh water this way, it is a viable resource for fresh water with the effects of climate change affecting the water supply in Australia. 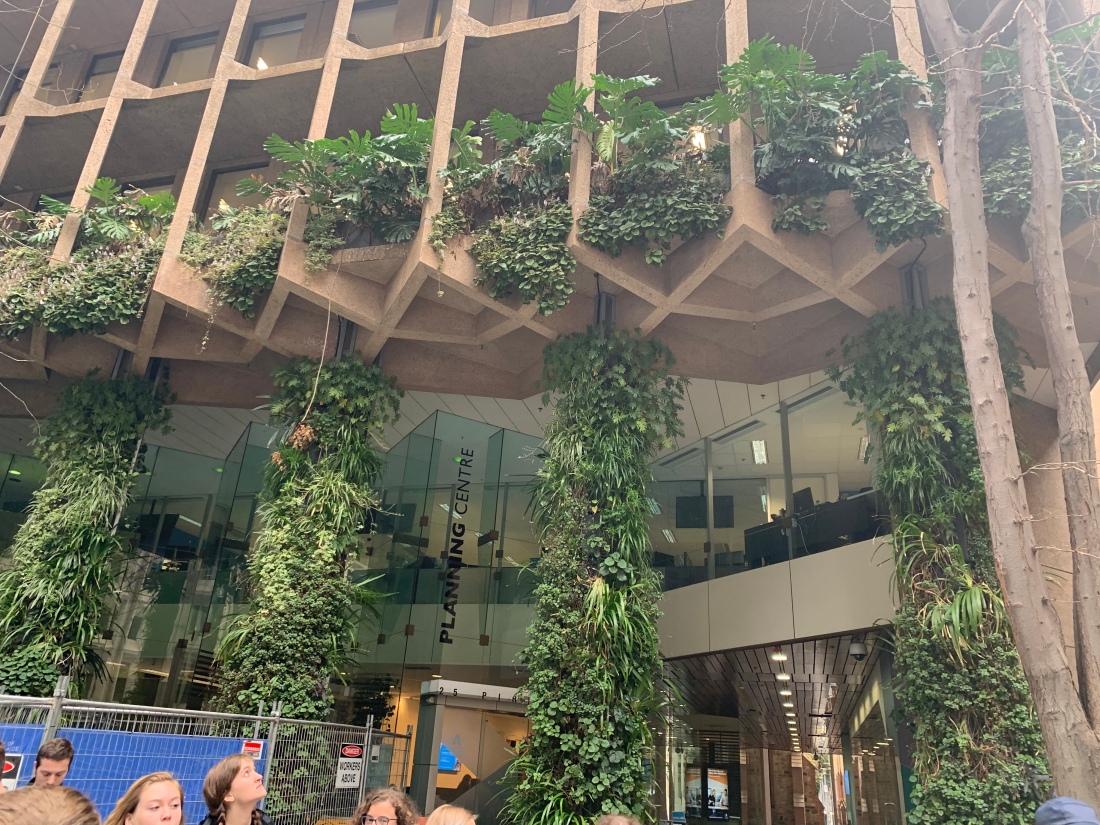